The Tannery Series is an arts organization that presents serious literature in manner that makes it fresh, accessible and fun. Originally co-founded in 2010 by poet Kirun Kapur and writer Dawne Shand, the series has focused on bringing authors to Boston’s North Shore whose writing confronts the world in essential and curious ways. Running such memorable events as “Love, Lust and Loathing” and “Are You Cool?” —often for standing-room-only audiences—the series is known for its smart, combustible literary programming. In 2013, The Tannery Series began collaborating with the Peabody Essex Museum to provide literary programs that complement the museum’s exhibitions. Now in its fifth season, The Tannery Series is proud to have showcased a wide range of literary voices and ideas—from Pulitzer Prize winning poets to avant-garde crime novelists. 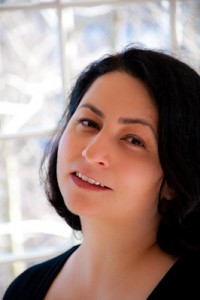 Kirun Kapur grew up in Hawaii and has since lived and worked in North America and South Asia. Her first job as a writer was for India’s groundbreaking feminist magazine Manushi and from there her travels took her through Asia, the Middle East and North Africa. Stateside, her work has appeared in AGNI, Poetry International, FIELD, The Beloit Poetry Journal, Crab Orchard Review, Massachusetts Review, The Christian Science Monitor and many other journals and news outlets. She has taught creative writing at Boston University and through the Harvard Extension program and has been awarded fellowships from The Fine Arts Work Center in Provincetown, Vermont Studio Center and McDowell Colony. Her work was awarded the 2012 Arts & Letters/Rumi Prize for Poetry.

As Executive Director of The Tannery Series, Kirun looks for language that broadens our sensibilities and reveals the world to be urgent, plural and startling.

Kirun’s first book, Visiting Indira Gandhi’s Palmist(Elixir Press, 2015), was awarded the 2013 Antivenom Poetry Award and is available from Amazon. You can find out more at www.kirunkapur.com. 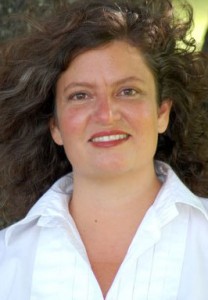 Dawne Shand (Emeritus Co-Founder) grew up in Alabama’s Black Belt and attended Selma’s public schools during their first two decades of integration. Since then, she has lived and worked in Nice, London, and Boston. Her work has appeared in Thicket and the anthology, “Children of a Changing South.” The intersection of race, landscape and historical memory are the themes of her writing.

Before earning an MFA in creative nonfiction from Emerson College, Dawne worked in management consulting and business research. She began her career in the first management consulting firm to go public on NASDAQ. Then, she managed research publishing as part of a start-up team that also went public in two years. She published extensively in business and technology trade magazines, including Harvard Business Review.

She holds a masters in international studies from the European Institute in Nice, France; a BA in economics and French from the University of Alabama.