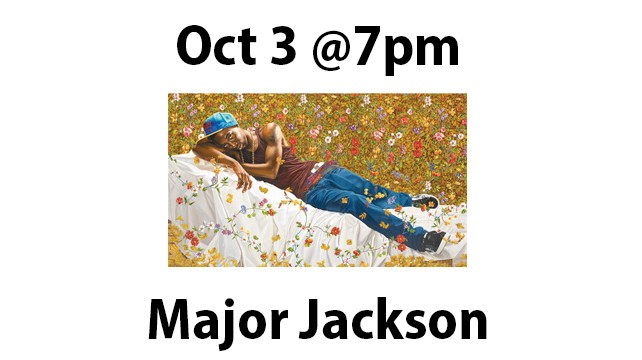 JOIN US FOR A BOOK PARTY!

The Tannery Series welcomes back award-winning poet Major Jackson, for a celebration of his new book, Roll Deep.

We’re celebrating one of our favorite poets, Major Jackson, and his brand-new book, Roll Deep. There will be reading, toasting, talking and more.  In the words of Dorianne Laux, “Major Jackson makes poems that rumble and rock.” Come be part of the fun.

Major Jackson reads from his fourth collection of poems, Roll Deep. Roaming from Nairobi to Greece and beyond, these poems address a broad range of topics, including human intimacy and war. With lush language and a fresh, hip swagger, Jackson reaches across the borders of language and style. 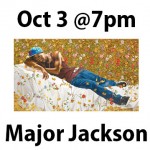